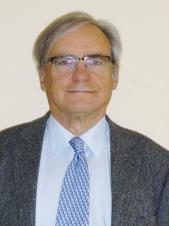 I first moved to Rushcliffe (West Bridgford) with my wife Jan, and our four children in 1983.

I worked as a Telecommunications Engineer. In the 1980s, I chaired an Engineering Union branch with around 750 members and was secretary of the Plessey Beeston Joint Union Consultative Committee which then served around 2,500 members of ten Trade Unions. Later, I chaired committees of ETSI, officially recognised by the European Union as a European Standards Organisation. I was a part of both UK and Swedish national delegations to the ITU, the UN's specialised agency for information and communication technologies. I am now retired.

In Keyworth, I participated in the Village Plan Development Group and chaired its Housing and Planning forum. That group produced our Village Design Statement and secured for Keyworth the opportunity to produce our own Neighbourhood Plan.

I have a Nottingham Forest season ticket with my grandson and cycle with the Keyworth U3A group.

I have previously been co-opted to, and elected unopposed to Keyworth Parish Council. I chaired its Burial Ground advisory committee when phase 3 of the Burial Ground was brought into use and the car park was completed.

I am particularly pleased to have been voted on to Keyworth Parish Council in 2015 as that strengthens the relationship with, and helps ensure accountability to those we seek to serve.