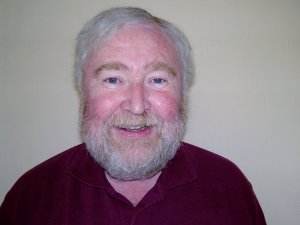 We moved to Keyworth in 1986 when I was appointed assistant manager of a bank in West Bridgford. The village lived up to expectations as an excellent place to bring up our boys. Both attended Crossdale and South Wolds before attending different universities. Both boys now live and work in London. I was briefly an LEA governor of Crossdale before the governing body was reorganised.

In 1990, I decided on a complete career change and embarked on a B.Ed in Business Education at Nottingham Trent before a teaching career in Derbyshire, Leicestershire and Lincolnshire. I was also heavily involved with the A level examination system, finally becoming Principal Examiner for Economics & Business with the UK's largest exam board, a role I enjoyed for five years until retiring in 2014.

In between everything, I played folk music semi-professionally and am a founder member of Keyworth Guitar Club who perform across the county and raise money for charitable causes. Until recently, I ran a folk club at The Embankment pub in Nottingham. It still runs, but my other duties needed my time. I'm now retired from all paid work.

I've been an active trade unionist up to national level for most of my working life and currently chair Keyworth Labour Party. I was elected onto Keyworth Parish Council in 2015. I very much enjoy my role as a Parish Councillor and the opportunity to work with others to preserve and improve our village. I have shared responsibility for the Burial Ground and sit on the Finance & Risk committee where we manage the budget and, despite additional responsibilities for new facilities, have managed to maintain a precept below inflation.